One of the hardest things to do is to let go of something or someone we truly care for that is why there has been tons of songs dedicated to this emotion. There is “The Art of Letting Go” by Mariah Carey, “Let Go” by Avril Lavigne, and “Letting Go” by Sean Kingston. And who can forget the recent song “Let It Go” from the movie Frozen? Whether it is about letting go of someone you love, something you value or anything that you treasure, there is never an easy way to move on. However, there are things that can help you feel better and maybe, in time, you can eventually cope with it. Here, we have collected Inspiring Letting Go Quotes.

2. Starting today, I need to forget what’s gone, appreciate what still remains and look forward to what’s coming next.

3. You don’t always need a plan. Sometimes you just need to  breathe, trust, let go and see what happens.

4. Inhale the future; Exhale the past.

6. Don’t live your life in despair, feeling sorry for yourself because of the mistakes you have made. Let the sunshine in by doing the right things now.

7. You can never cross the ocean unless you have the courage to lose sight of the shore.

8. Accept what is, let go of what was and have faith in what will be.

9. If you want to fly, you must give up what weighs you down. Today is the day.

10. Don’t let anyone ever dull your sparkle.

11. Maybe you have to let go of who you are to become who you will be.

12. Don’t ruin a good today because of a bad yesterday.

13. Actually, I just woke up one day and decided I didn’t want to feel like that anymore or ever again so I changed. Just like that.

15. Sometime you have to just let go and see what happens.

16. In the process of letting  go, you will lose many things from the past but your will find yourself.

17. One of the happiest moments in life is when you find the courage to let go of what you cannot change.

18. It hurts to let go butt sometimes it hurts more to hold on.

19. You can’t start the next chapter of your life if you keep re-reading the last one.

20. Some people believe holding on and hanging in there are signs of great strength. However, there are times when it takes much more strength to know when to let go and then do it.

21. Surrender to what is, let go of what was and have faith in what will be. 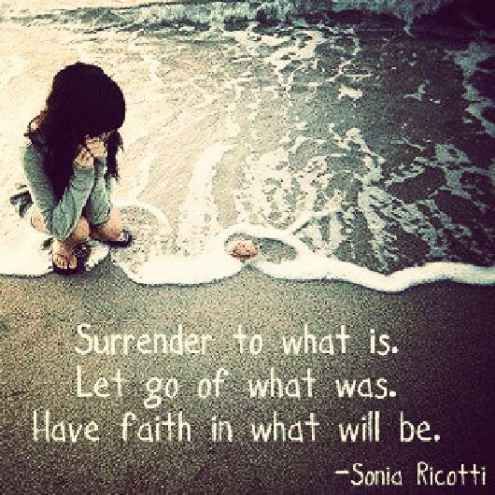 22. Sometimes letting things go is an act of far greater power than defending or hanging on.

23. Accept what is, let go of what was and believe in what will be.

25. Sometimes what you’re most afraid of doing is the very thing that will set you free.

26. Wait for the person who pursues you. The one who will make an ordinary moment seem magical.

28. Do not chase people. Work hard and be you. The right people who belong in your life will come find you and stay. Do your thing.

33. Peace comes with learning to let go and just be present.

34. There are far better things ahead than any we leave behind.

35. Remember that the beauty of any dream is in never letting it go.

36. Let go of worry, let go of anger, live with your heat and side-step the dangers.

37. Happiness is letting go of what you thing you life is supposed to look like and celebrating it for everything that it is.

38. Close your eyes, clear your heart and let it go.

39. All the art of living lie in a fine mingling of letting go and holding on.

40. Life is a balance of holding on and letting go.

42. It is hard to fly when something is weighing you down.

43. Let the rain wash away all the pain of yesterday.

44. Be not the slave of your own past. Plunge and swim far.

45. The past is like an anchor holding us back. You have to let go of who you were to become who you will be. 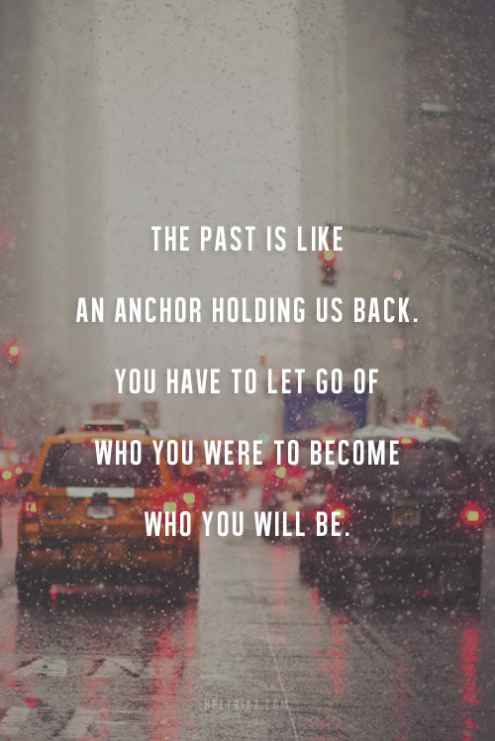 46. Letting go of the pain and emotional heartache will set you free from what binds you to your past.

47. Train yourself to let go of everything you fear to lose.

48. Let go of the hurt you are carrying around.

49. In the end only three things matter: how much you loved, how gently you lived and how gracefully you let go of things not meant for you.

50. Only know you love her when you let her go.

52. Creativity requires the courage to let go of certainty

Let go, move on and say goodbye to your past or your first love. Say hello to the wonderful future waiting for you. Learn to stay strong and learn to forgive, forget and move on. People come and go, we just need to learn who to hold on and who to let go. We hope these inspirational letting go quotes made you happy. If you want to read more inspirational quotations, check out Friday Quotes, Teamwork Quotes, Meaningful Quotes and Travel Quotes. Make someone happy and inspired with these quotes!