Make Your Own Magic!

Are you in need of some comforting words to help get you through the day? Well, these Disney quotes will do the trick. Disneyland is known as the happiest place on Earth, and everything attached to the Disney name brings joy. Our hope is that you read these quotes and they bring a smile to your face and peace to your heart.

A Bit About Disney Quotes

Disney quotes have a way of making you feel like a kid all over again. You can’t help but to feel nostalgic and think back on the time when you first watched your favorite movie. There’s a feeling of happiness that comes over you that’s truly magical. Chances are you know most of these Disney quotes by heart because you’ve recited the lines of each film numerous times. After reading these quotes, you’ll feel the child inside of you smiling. Why are Disney quotes great?

Disney quotes provide truth and wisdom packaged in a way that’s not intimidating. However, the message behind each cartoon provides an in-depth look into issues we can all relate to. And what’s better is that the lessons provided in the movies stay with you, even in adulthood. Plus, those same valuable teachings get passed down from one generation to the next.

Disney quotes will teach you about life.

Disney is known for making kid-friendly movies that deal with some pretty heavy issues. A lot of times there’s a villain that’s trying to ruin a happy life or a couple longing to be together despite their differences. The words spoken in the movies resonate with people from all walks of life, and you’ll learn a lot about love, family, and even betrayal. But the main takeaway is that there is hope even after going through difficult times.

There’s something mesmerizing about getting sucked into a magical fairytale full of adventure. This list of Disney quotes will take you down memory lane, tell a whimsical story, and give you some words of wisdom all in one. Dumbo had a good point with this one. It’s not enough to just fly, but you must soar to your highest potential. As with anything that you do in life, you want to put your best foot forward. When it comes to stepping out and living your dreams, you can’t do it halfway. You’ll never know high far you can go if you don’t aim high. Dumbo knew a thing or two about going against the odds and beating them! Although a flying elephant with large ears might seem ridiculous, there’s a valuable lesson behind the story. You can do anything you put your mind to, even of the people around you think you’re crazy. These Disney quotes provide words of wisdom for kids and adults alike. If everyone were the same, there would be no individuality. Your differences are what separate you from other people; it’s your marker. More people can take a lesson from Piglet and start to embrace what makes them different from others. How boring would life be if everyone were the same? If we all looked alike, talked alike and dressed alike? Individuality is a gift, and it’s something that we all should embrace. If you’re different from everyone else, be proud of it and let Piglet’s words be an inspiration to you. These Disney quotes provide words of wisdom for kids, and A painful past will make you want to forget it and never think about it again. However, that’s not the best way to handle things. If you don’t face your past head-on, you’ll be running from it forever. Luckily, pain often brings about a valuable lesson. You’ll never experience anything hurtful and not learn something from it. So, embrace your pain and let it teach you what it’s meant to teach you.

4. “If you don’t think, then you shouldn’t talk.” — March Hare (Alice in Wonderland) These Disney quotes are straightforward and full of truth. Have you ever thought about something and regretted it later? The bad thing about talking is once you speak, you can’t take back anything that you say. There’s a reason why thinking comes before speaking. It’s important that you process what comes from your mouth. Watching what you say will save you a lot of embarrassment, arguments, and regret.

5. “Happiness is the richest thing we will ever own.” — Donald Duck If you know anything about Donald, then you know he was one wealthy duck. But the thing he understood was that money couldn’t buy happiness. Don’t misunderstand, money is nice to have, and life is difficult without it. However, having money won’t make all of your problems disappear and certainly won’t give you joy. It seems like Donald Duck was trying to explain just how valuable happiness really is; without it, you don’t have much at all.

6. Sometimes the right path is not the easiest one.” — Grandmother Willow (Pocahontas) This list of Disney quotes will make you think twice about life. Making the right decision usually takes a lot of courage. It takes a strong person to make a choice that’s painful. And unfortunately, that’s part of the reason why people make poor decisions; it’s the easy way out. If you are faced with something difficult, the best solution to the problem will probably be the one that makes you uncomfortable. Nonetheless, doing what’s right isn’t about feeling good, it’s about doing good. If you’ever seen the Lion King, you know Simba was facing some tough times. And although change is hard to deal with, it’s necessary. You could leave something great behind by refusing to leave your comfort zone. Your future self and even the people in your future are counting on you to make a bold choice. Change is good because it keeps you progressing towards a brighter tomorrow.

8. “The only thing predictable about life is its unpredictability.” — Remy (Ratatouille) This one is a hard pill to swallow, but it’s true. No one has the ability to control anything in life. You don’t know what will happen a year from now, or a day, or even a minute from now. Sure you can’t predict the future, but you can certainly rest assured that there’s going to be uncertainty. The only thing consistent in life is change and the things you have no control over. You might not be able to prevent certain things from happening, but you can make the most of every moment. Love your family while they’re still here, be grateful for your job, and enjoy your health. You never know what tomorrow might bring, so enjoy today!

9. “Giving up is for rookies.” — Philoctetes (Hercules)

If you’ve been playing the game of life for a while then you know quitting isn’t an option. Well, you can quit, but it’s not the best idea. If you’ve ever accomplished anything worthwhile, it’s because you didn’t give up. Throwing in the towel too early can lead to major regret, and you don’t want that. Whatever it is that you’re going after, the same rules apply; keep going no matter how many times you fail.

10. All our dreams can come true, if we have the courage to pursue them.” — Walt Disney Lastly on this list of Disney quotes are wise words spoken by the man himself, Walt Disney. If anyone knew about pursuing dreams, it was him. The things he was passionate about were so unique, and so far-fetched that many people had a tough time supporting him. The things he wanted to accomplish were wild and has never been thought of. But what would have happened if he didn’t have the courage to pursue his dreams? There’d be a huge void in the world of entertainment. Dare to step out and make your dreams come true, even when no one understands them!

Did these Disney Quotes Lift Your Spirits?

Did you enjoy these Disney quotes? Nothing brings a smile like a Disney movie, and we hope these quotes put you in a better mood. Sometimes when you’re having a bad day, all you need is a bit of light. And no matter how old you get, there’s nothing wrong with curling up with some popcorn and watching a Disney movie. Somehow it has a way of making everyone feel 10 times better.If you liked reading these Disney quotes, share them on social media and leave us a comment below. 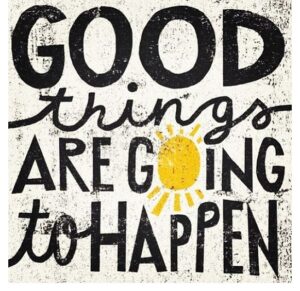 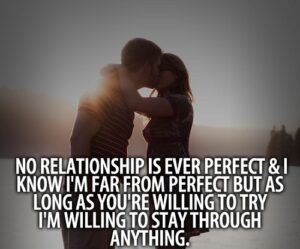