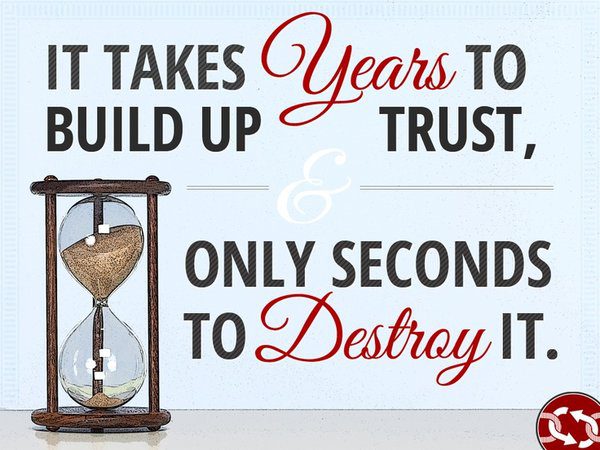 Betrayal quotes can help us remember our friend who betrayed us. Do you have a friend who recently betrayed you? You trusted your friend so much and it hurts when you know that you have been betrayed by him/her. It very sad when the friend you love the most is the one who breaks your heart. You had beautiful memories together, sharing the laughter as well as the sadness. But suddenly the friendship has gone after the betrayal. You cannot trust him/her anymore because you are afraid that he/she will hurt you again. 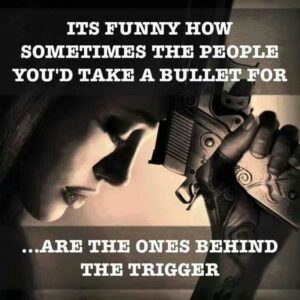 Betrayal quotes can make us wonder what went wrong. How can it be that the person which I consider as my friend is the one who will betray me? How I wish that I could just walk away and forget about everything. However, the reality that you won’t come after me is the thing that hurts me the most. It’s really a miracle when strangers can turn into best friends but its also sad when best friends can turn into strangers.

1. Sometimes you put walls up not to keep people out, but to see who cares enough to break them down.

A true friend is the one who really cares.

2. I’m not crying because of you; you’re not worth it. 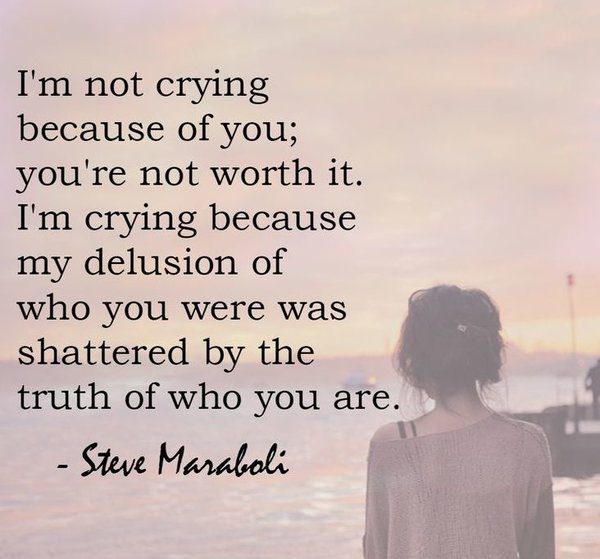 Betrayal is hard especially if you really trust him/her.

3. It’s funny how sometimes the people you’d take a bullet for are the ones behind the trigger. 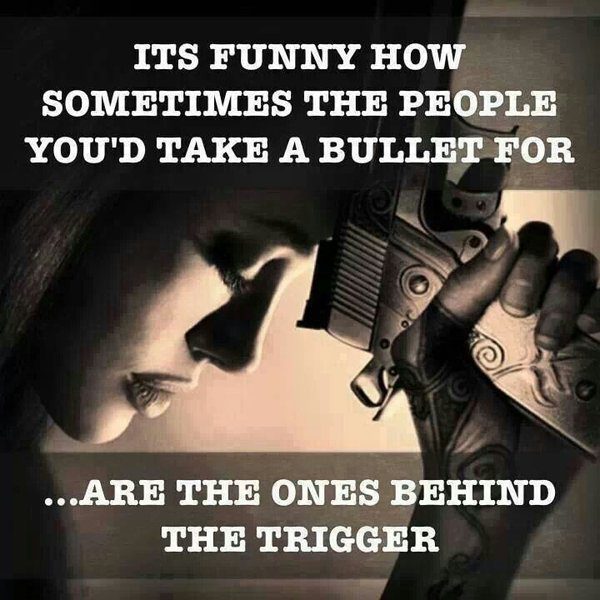 4. We’re not friends, we’re not enemies, we’re just strangers with some memories. 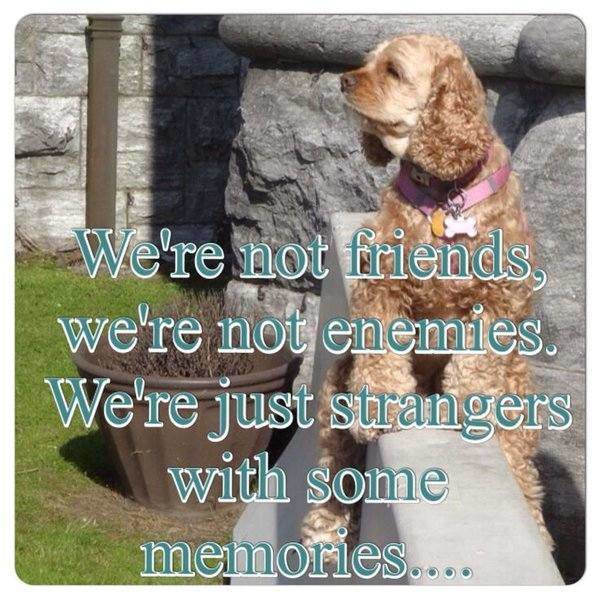 This is what you’ll probably feel when a friend has just betrayed you.

5. It is better to have an enemy who honestly says they hate you. 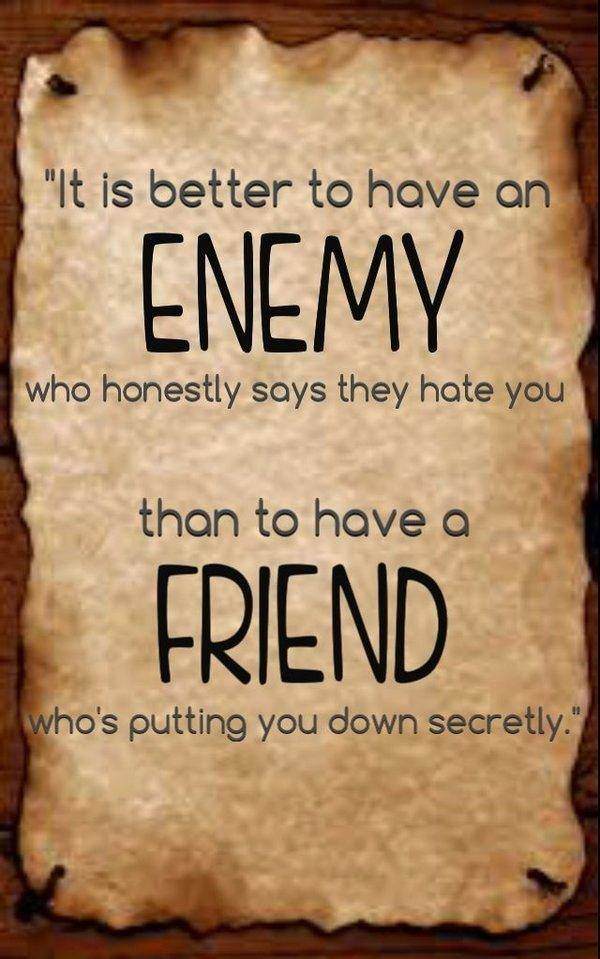 Betrayal quotes can help us realize who our true friends are.

6. I’ve been stabbed in the back by those I needed most. 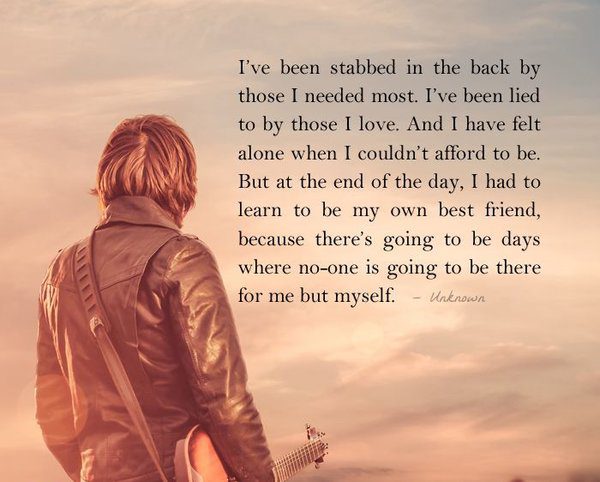 Some people lied to us and there’s nothing we can do but to accept it.

7. Faithful are the wounds of a friend, but the kisses of an enemy are deceitful.

Have you ever felt this way? 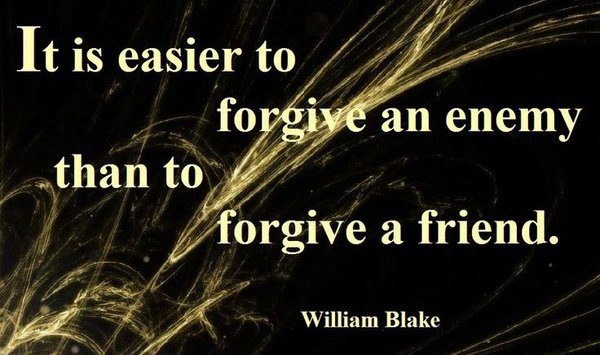 This is because the person whom you trusted the most is the one who betrayed you.

Learn to forgive so that you can move forward.

10. It takes years to build up trust, and only seconds to destroy it.

Betrayal quotes will help us think twice before trusting again.

11. Everyone suffers at least one bad betrayal in their lifetime. 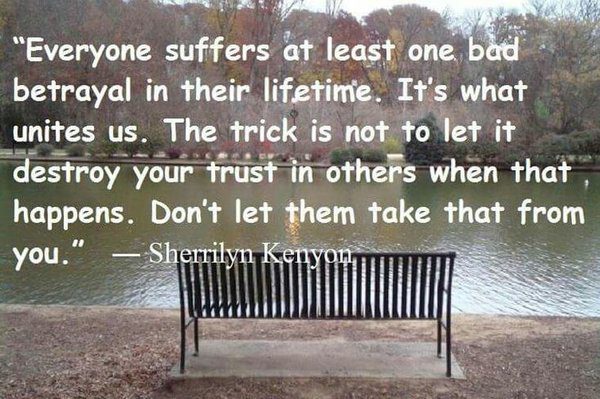 Don’t feel sad when someone betrayed you because it also happened to other people.

12. The saddest thing about betrayal is that it never comes from your enemies.

There are some things which cannot be undone.

13. It’s hard to trust someone, especially when the ones you trusted the most were the ones that betrayed you.

Sometimes it’s very hard to accept when someone close to you betrayed you.

14. Don’t fear the enemy that attacks you, fear the fake friend that hugs you. 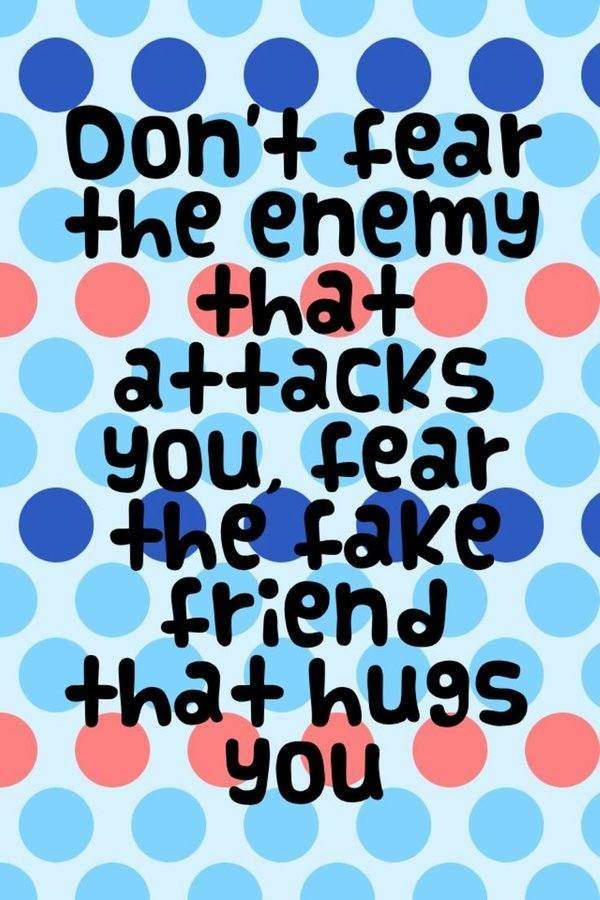 This is a strong statement that you can ponder upon.

15. Betrayal is universal for people with no principle.

Betrayal Quotes About Life And Friendship 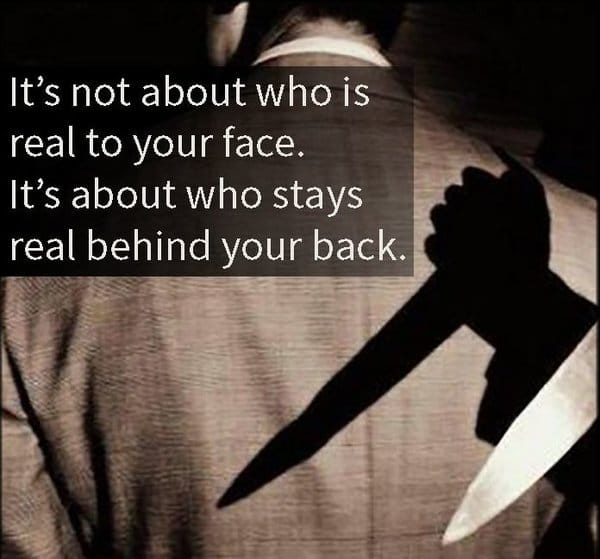 Know the person who is stabbing you at the back.

17. One of the hardest lessons in life is letting go. 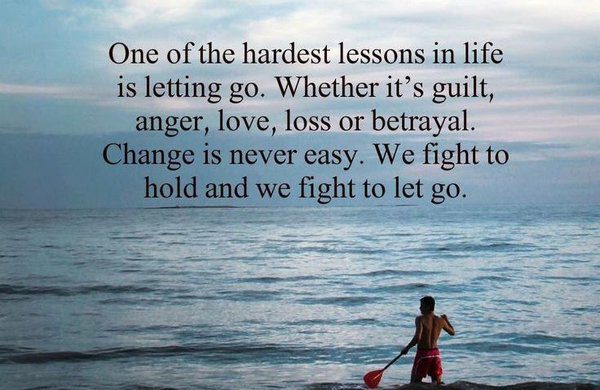 Letting go is something that we have to do.

18. Fools take a knife and stab people in the back…

Free yourself from the people who really don’t care about you.

19. Nothing hurts more than being disappointed by the person you thought would never hurt you.

It is painful when you are being betrayed but somehow you must learn to accept it.

20. Sometimes it’s not the people who change,it’s the mask that falls off. 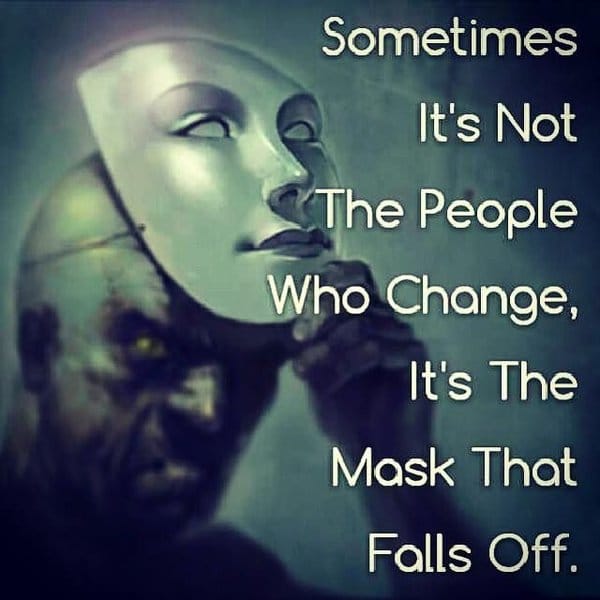 Betrayal quotes can make us see who truly loves us.

21. Be careful who you trust… the devil was once an angel. 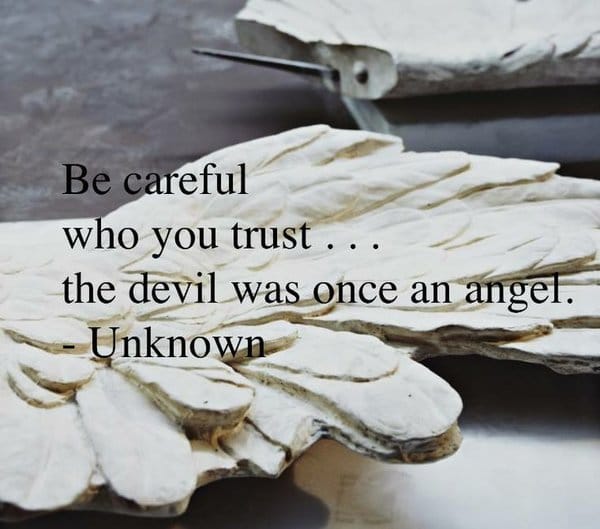 Some people are not what you think they are.

22. The worst thing about being lied to is knowing you weren’t worth the truth. 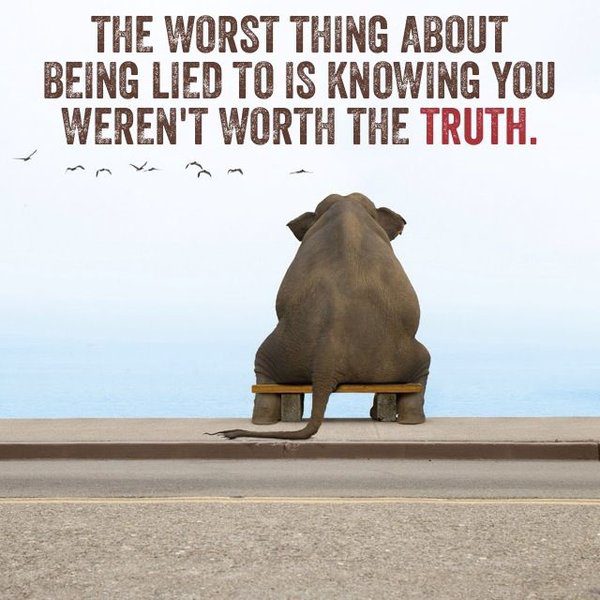 Deception is something that can hurt you the most.

Be careful in choosing your friends.

24. No matter how badly people treat you, never drop down to their level… 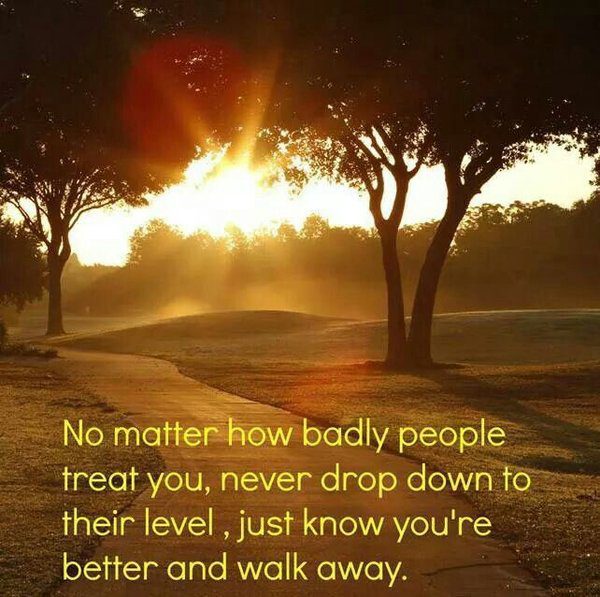 Always remember that you are much better than the people who hurt you.

25. Sometimes the strongest among us are the ones who smile through silent pain… 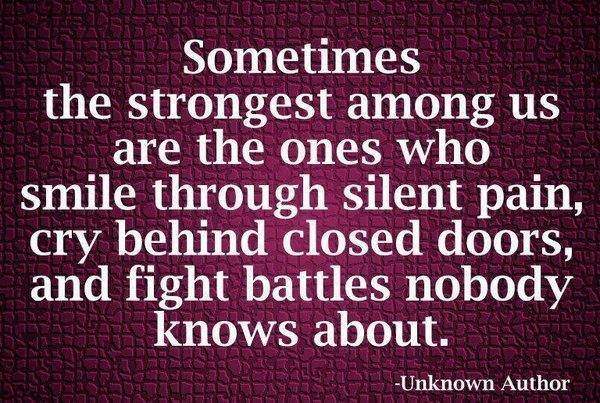 Be strong, especially when you are in your darkest days.

26. Forgive yourself for the blindness that put you in the path of those who betrayed you. 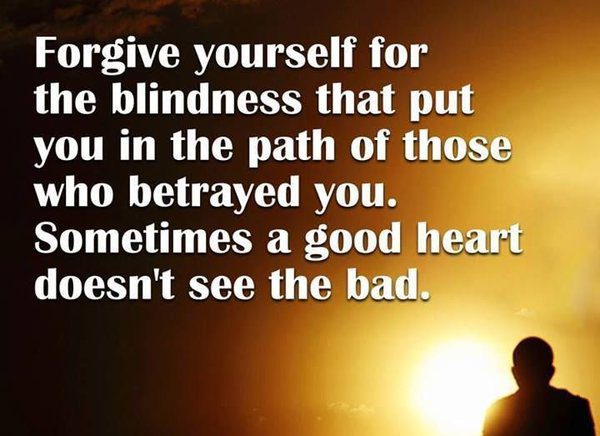 Sometimes it is easy to forgive somebody when you have a kind heart.

27. Breaking someone’s trust is like crumpling up a perfect piece of paper. 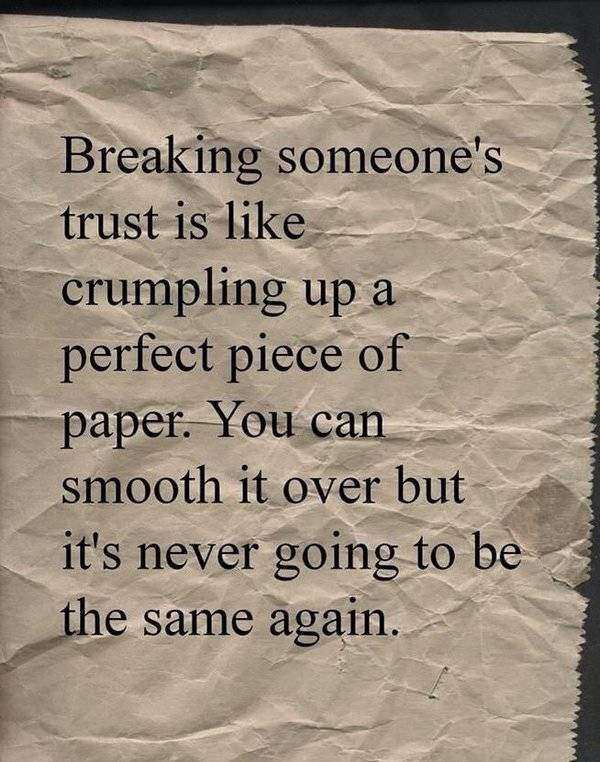 Betrayal quotes help us realize that trust is very important.

28. Years of love have been forgot in the hatred of a minute. 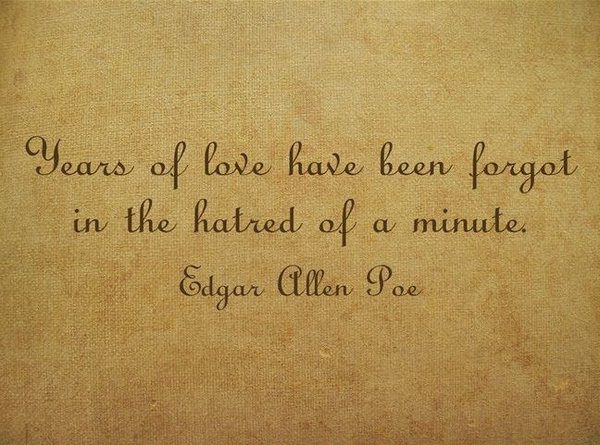 Love can quickly disappear once you have deceived a person.

29. A good man or woman will be honest no matter how painful the truth is. 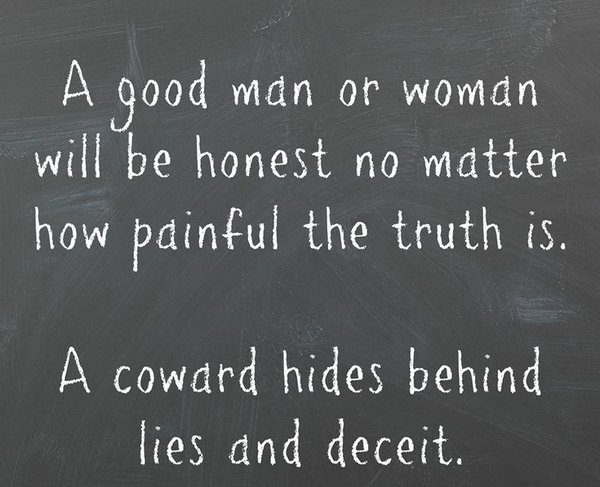 Try to be honest in order to avoid hurting the other person.

How to Deal With Betrayal

Whenever you’re betrayed by someone you care about, you’ll likely end up with betrayal trauma, a lingering feeling that you can’t trust anyone you know. It’s important to understand that this is a natural response to such a trauma but that you need to overcome it if you want to continue having healthy relationships with other people who have been good to you.

What matters most is that you realize that you’re dealing with a trauma and start acting on it. You might find yourself dealing with ongoing trust issues and self-doubt. Even if you choose to give your partner another chance, it might take months, even years, to successfully rebuild trust. However, it’s doable, so don’t get discouraged. The route to recovery might not be the exact same for everyone, but you can try a few strategies to help you get back on track.

After a betrayal, you might start going through plenty of difficult emotions ranging from depression, anxiety, apathy, and everything in between. Anger, sickness, and other emotions might also put their mark on you and turn you into a walking fire. Instead of hiding these feelings, try to let them out. Go to therapy or speak to a friend that you know you can trust on such matters.

Focus on what you need

Try to think of things that you might need to get past this period more easily. Perhaps a trip might make you feel better, or a gathering with some of your long-time friends, or maybe you might just need some time alone to walk throgh a park with your headphones blasting happy beats. Whatever it is you might need, do it and try to embrace your feelings instead of suppressing them.

There are a lot of couples who broke up due to betrayal. Sometimes life can be full of confusion and depression. Hopefully these quotes can help. 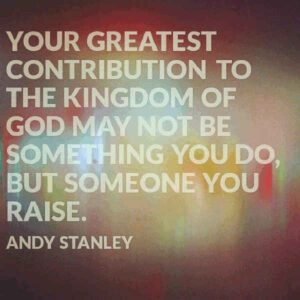 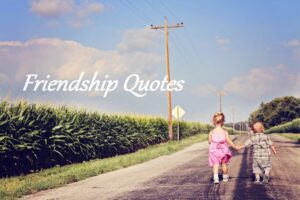